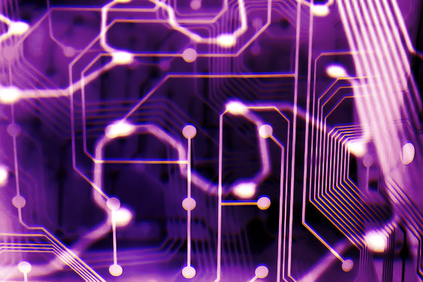 "Well, I wanted to have a date with Lance here l, and that requires that you leave for a while. Would you mind? Please?"

"Excellent! I'll consult Aiza." Vicki hung up and went to her roommates side of the dorm and asked her if she'd be willing to leave for the night, at least until curfew.

(Sorry for the extremely late reply! I must be the worst person to RP with!)

Vicki though for a second, "Hmm. Ooh, I have an idea! How does coming to my dorm sound? I'll fix up the place and convince Aiza to leave for a while. What do you think?"

"Excellent! What should we make the venue?" she asked him.

Vicki thought often, about a lot of things. Typically, they centered around science, or her ideas on running a business. However, now that she was with Lance Mercer, he had been added to the cycle. That's when she realized, in all their time together, they had never been on a date! They had hung out, but never really had a "formal" date, with romance and a special time and place. This wouldn't do for Victoria, who never could of dreamed of having this problem. She picked up her cell phone and went to her contacts (she only had four) and called Lance.

"Hello, Lance? Yes, I was wondering if you would consider going on a date tonight?"

"Yes, perhaps we should!" Vicki laughed.

"Why would I get mad, Lance? Who is it?" Vicki asked, suspicious.

"Yes, love is illogical, but amazing. Do you love anyone?"

"Well, possibly. I've always been reluctant to fall in love because my parents didn't exactly set the best example of it, but maybe that's just them. Maybe if I met the right person..." Vicki's voice trailed off.

"You don't have to apologize" Vicki reassured Lance with a smile.

(I think they're perfect for each other!)

"Don't cry! I'm sorry about your parents, but at least you can talk to me. For the longest time, I never had anyone who understood. But now I have you!"

"Well, kind of. They're great business associates, but when it comes to being parents... fighting usually becomes involved. Neither acts like a parent, so I was raised mostly by employees and robots"

"Well, no. I just wanted to show you it, and you'd need a conductive portal surface for it to be worth having around. I had to sneak it from Aperature, so preferably don't tell anyone"

"See, simple! They're great to use, but I'm not allowed, at least not at home. Father says they're meant for tests and mass production"

"Great. Now go through it. You'll come out through the other wall. Be prepared, though, it feels odd at first."

"It's completely safe, as long as you don't plan to shoot at the moon. Here" Vicki hands Lance the gun "shoot at the second wall, a blue portal should open up".

Vicki led Lance to her dorm, where her roommate, Aiza, wasn't present. "That's my side" she gestured towards half of the room, and she went and brought out what looked to be two small walls, each on their own wheeled bases. "These are painted with moon rocks, which creates a viable portal conducting surface. She shot the gun at one of the walls and an orange portal was created. "You see, it's blocked because there isn't a second one. Do you want to try it?"

"Cool, I have something I want to show you" Vicki then reached into her bag and pulled out an Aperture Portal Gun.