You know how noddies are? Peaceful, lazy, and unbelievably sleepy. Eve is none of that. Except for the lazy part. Sometimes. Clearly, the most of the time she spent in Dreamland was sleeping or being around Marx, as she's picked up a lot of her current personality from him. Somewhat mean-spirited, (at least trying to be) energetic, and pretty rude at times. She's very much still a child, mostly because she literally slept away the earlier years of her life. She's very aware she's far from being the brightest, and doesn't seem too fazed by anyone pointing it out. Sure, being smart ain't bad, but she doesn't need to be smart, just clever, and ignorance can be bliss. She enjoys playing usually simple pranks on people, finding it hilarious as they try to get out of whatever she's cooked up, even if it usually doesn't take long. While she tries to play herself off as cheery, usually she's quite annoyed. She enjoys giving sarcastic or snide remarks from time to time. Eve tries not to get tired very often, as when she does it's quite obvious. If she's tired enough, she'll unwillingly dip back into her species' sleep patterns, barely being able to walk a few steps without falling asleep, which she absolutely hates.

Her parents are just a normal pair of noddies, whom are still snoozing away in Dreamland (no, literally). Eve doesn't care much for them. She also sees Marx as something of a big brother, even though they aren't related. She's pretty sure he's dead now, but she can't be certain.

She kind of considers Aster to be such (even if he may not think of her so highly), and has gotten to know Kaolin through him, but doesn't get along particularly well with either of them. Eve also likes to consider herself Morastrum Altryb's friend, even if the Halcandran is generally uncomfortable around here.

While Eve tends to get a lot of these, thanks to her attitude, she particularly hates Daydream, and stays as far away from her as she can.

Eve is aromantic and asexual and somewhat repulsed by the idea of getting into any such relationship. 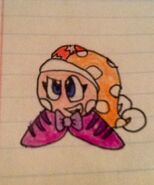 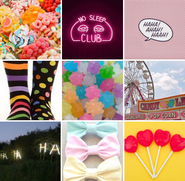 Eve aesthetic board
Add a photo to this gallery

Retrieved from "https://game-high.fandom.com/wiki/Eve?oldid=9839"
Community content is available under CC-BY-SA unless otherwise noted.