Morastrum is shy and quiet, usually preferring to stay silent than speak her mind in any comprehensible way. She's rather nervous, and can't stand being in the centre of attention for too long. If you can get past all that, though, she's a little ray of sunshine. Mora is curious about the world(s) around her, and usually very eager to learn. She's quite intelligent, but still has some of her naivety about her.

Thanks to her upbringing, she does know quite a bit about putting on a face for the outside world (especially one that's not-so-nice). Every now and then, she has been seen trying to parade around an air of confidence and brashness comparable to that of her father. However, those acts don't tend to last long, either due to a lack of success or her just not being happy about it. Morastrum enjoys displaying this fake personality from time to time, but doesn't want others to believe that’s truly how she is.

Mora, an only child, gets along very well with her father, despite what differences they might have. He's acted a little off since the incident happened, which worries her quite a bit. She hopes he's fine despite all that, though.

And no, she doesn't know anything about her other parent, or any other members of her family. All she knows is that they're probably all dead, and that Magolor is uncomfortable talking about them. She has no desire to prod further, anyways.

She and Aster are currently only acquaintances, but she wishes to get closer to both him and Kaolin, who she has yet to interact with outside of class.

She is gay, and not in a relationship, but would like to have a girlfriend at some point in the future. 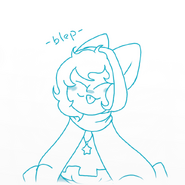 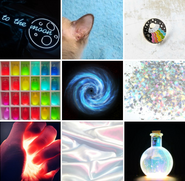 Morastrum aesthetic board
Add a photo to this gallery

Retrieved from "https://game-high.fandom.com/wiki/Morastrum_Altryb?oldid=10267"
Community content is available under CC-BY-SA unless otherwise noted.